Information about the technique.

A connection between the patient and the Prognos system must be made to be able to carry out the measurements of the patient. In order to make this connection, a band is placed around the patient’s wrist. The flow of energy is then monitored at the beginning and end points of the meridians

Measurements can be reproduced. 4 microchips regulate the process.
Within 18 milliseconds, 400 measurements per point are conducted. The computer then interprets and processes this data, which then appear on a graph on the monitor.

Measurements are conducted with an extremely small flow of energy in a very short period of time.
The flow of energy through the skin is 455 billionth Watt seconds.
The static is filtered, and the computer calculates the energetic value of the meridians.
With the measurement reach of 20 kOhm to 60,000 kOhm, it is also possible to get a measurement of very sick patients.

The electric load on the skin is nothing, and because of this, the cells are not influenced during measuring. The system has an error of 0.25% (absolute reproducibility attributed to Prof. F. Popp.)

The acupuncture point is not electronically or mechanically charged.
The acupuncture tool has been reinforced, and as a result, the pressure of the measurements of 20 grams is always constant and the measurement energy flow of 0.4 microcomputers amps is very small, which results in a guarantee of reliability and reproducibility.

No electrosmog surrounds the apparatus, due to the use of a 1.2 volt battery. The connection between the apparatus to the computer takes place through infra-red technology, so there is also no electric influence from the computer system itself.

All measurements are received and processed by the computer and, with the use of mathematical algorithms, graphs are produced. The Prognos software contains 12 million sequences of measurements, through which the norms for patients has been defined according to age and gender.

On the display device, one can see which meridians are close to normal and which have too much or too little energy.

For five years, the Portland State University in Oregon has conducted systematic studies of the mechanisms of acupuncture and also researched similarities between Western diagnosis techniques and Oriental energetic readings.

In the Technical University of Dresden, research has been undertaken regarding the Autonomic Nervous system, Heart Rate Variability and their link with meridians. 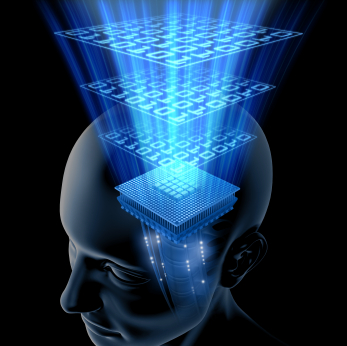 Before Polarization (BP) and Galvanic Skin Responses (GSR) plays a role in ensuring the reliability of skin resistance measurements.

Through means of skin resistance measurements and through the use of the measurement apparatus, we collect information on the current energetic situation of the meridians.

To gain reliable skin resistance measurements it is important that:
• The pressure of  the point is low (0.49 Newton), short and constant.
• The amperage is very low (at a skin resistance of 22,000 kOHM, measurements have an
amperage of 0.227uA)
• The length of measurement is no longer than 400ms (this depends on the skin resistance
between 0.4 and 400 milliseconds)
• No influence is exerted on the point with water, no cream is used to increase the conduction
of energy, and there are no strong electromagnetic fields present

If the measurement is longer than 400 milliseconds, we measure the reaction of the points to the administered energy and not the actual existing energy at the point. This is the GSR.

Through measuring BP exclusively, we can reliably read the energetic state of the meridians and this allows us to be in direct contact with the meridian deep in the skin.

Further research is being conducted at Portland State University, as well as several other universities (www.Pubmed.com)

Variation of skin resistance
Measurements were conducted every 20 minutes over a 24 hour period at the endpoints of the 12 main meridians through the means of BP. It was discovered from this research that the skin resistance increases enormously during sleep.

The research provided the following findings:
• Skin resistance strongly increases during sleep.
• In accordance with Traditional Chinese Medicine, Chi withdraws into the body during sleep.
• There is a strong link between the activity of the automatic nervous system (ANS) and the
skin resistance on the endpoints.
• The 24 hours of measurements on the endpoints produce no indication of an ‘organ clock.’
• The skin resistance measurements at the endpoint, measured correctly, proved to be a
standard for the Chi of the 12 main meridians (the left 12 and the right 12 equal a total of 24)

The autonomic nervous system regulates the involuntary functions of our body. It is controlled by the thalamus and has connections with the limbic system, emotions, and the brain cortex.

The ANS is the central governing mechanism in our body which regulates basic functions such as breathing, metabolism, cardiovascular functions, digestion, hormones, the immune system, mitochondrion activities, and homeostasis.

These functions are independent of an individual’s desire or conscience.