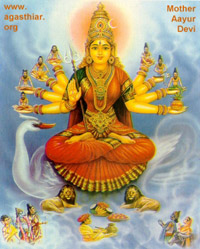 Ayurveda is the traditional energetic medicine created in India. The word Ayurveda means “knowledge of the living.”In Ayurvedic medicine, it is postulated that people are healthy as long as the energy in their spirit and body are balanced.

The core idea of Ayurveda is that a sickness arises first in the spirit, and then, if ignored, manifests itself in the body.
An exception to this is certain genetic illnesses.

An illustration of this principle is event in an ancient Indian saying:
“If you want to know how your body is tomorrow, then look to your ideas of today.”

In Ayurveda, everything is built on the union of 5 elements:
Earth, water, fire, air, and ether.
These 5 elements form the basis for 3 vitalities. All energy, in the spirit, in the body, and in the world around us, has three bodily humors, which are called dosha’s.
Together, these 3 doshas are called the ‘tridosha.’ 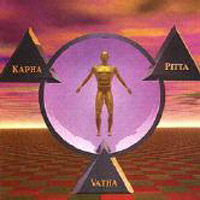 All energy exists in these 3 bodily humors:
Our DNA, our nervous system, our emotions, the seasons, and the cosmic energy in stars.
‘So micro cosmos, so macro cosmos.’

The 3 bodily humors are:

Ayurveda upholds that each being is unique, a perfect union of these 3 energy humors created at birth. The humors express themselves through bodily construction, immune systems, personal characteristics, and behavior.

The proponents of Ayurveda aim to be aware of lifestyle, behavioral control, diet, massage, therapy, and herbs.

The science of Ayurveda descends from a time where philosophy and medicine were not yet separate studies. The writings of Ayurveda were completed between 3500 and 5000 years ago.

Ayurveda influences a lot of other traditional medicines around the world, including the Greek, Tibetan, and Chinese.

Ayurvedic medicine is important to the Indians, and is often taught as a module in medical universities in India.

For some time the Ayurveda approach to traditional medicine has been officially recognized by the World Health Organization as a scientifically valid form of medicine.